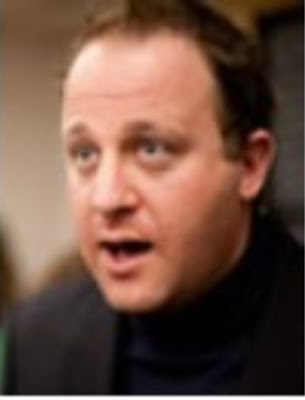 Rep. Polis, we categorically disagree with you on every aspect of the problem of immigration reform. It seems obvious from your position that you give greater precedence to the interests of illegal aliens than you do to the will of the people. It is no wonder that the Congress is held in such low esteem.

"We can all agree that our immigration system is broken."

How would anyone know this since the existing immigration laws have never been adequately enforced? The 1986 amnesty bill promised to secure the borders but nothing was done.

Here’s what Ted Kennedy had to say on the occasion of that bill’s passage:

"This [1986] amnesty will give citizenship to only 1.1 -- 1.3 million illegal aliens. We will secure the borders henceforth. We will never again bring forward another Amnesty Bill like this."

With empty promises like this, it is easy to understand why no one is willing to place any stock in new promises to fix “our broken immigration system.”

You wrote further that,

…the E-Verify [system] [does not] provide the necessary safeguards to protect people who are in the U.S. lawfully and are legally eligible to work. It appears that foreign-born workers are thirty times more likely to be misidentified than workers who were born within the U.S.

Why in the world is that? Since the system has been around for a long time already, no excuses should be acceptable, least of all a flimsy one like the above. The DHS has failed in its responsibility to fix and implement this system on a mandatory basis across the board. At best this sounds like foot-dragging rather than any legitimate reason for failing to move ahead. Full implementation would soon disclose any problems and enable them to be solved without delay. Who is at fault here besides DHS? Are employers failing to enter the proper data? Are employees failing to fill out proper paperwork to establish their bona fides? Who is responsible for these failures? If the system was mandatory across the board, everyone would have an incentive to clear up these problems without delay. As long as it remains voluntary, there is little incentive to do so. I should think that would be rather obvious to all concerned.

Rep. Polis, are you able to write with a straight face,

I fear that making federal funds contingent on the use of the E-Verify program would delay stimulus funds from going to both public and private sector institutions that have yet to adopt what until now, has been a voluntary program. In addition to creating substantial burdens for primarily small businesses and those in the construction industry counting on funding for infrastructure projects, other businesses would find it overly laborious and disruptive to implement the E-Verify program during an already difficult time economically.

These excuses lack credibility. Unemployed citizen volunteers would be glad to help enter data into the E-verify system to improve their chances of getting a stimulus job. I would. That would enable illegal aliens to be quickly sorted out so that only citizens are able to get the stimulus jobs. I thought creating jobs for citizens was a high priority element of the stimulus package and the Obama Administration. Your response suggests that it is not and neither is it yours. Americans would like some assurance that taxpayer funds are helping to reduce citizen unemployment not being sent off as remittances to foreign countries.

“Any comprehensive reform package should include a pathway to citizenship, increases in the number of agents patrolling the border,
the tightening of security at border and job sites and a systemic reform
of legal immigration that will help to de-incentivize future unlawful
immigration. We must offer a pathway to legalization as an incentive for
the 12 million undocumented immigrants in our country to come out from
under the shadows and be counted. It goes against our values as
Americans to stand idly by as a massive underclass of undocumented
immigrants continues to live in the shadow, fearing they will be
separated from their spouses, children and parents.”

Offering a pathway to citizenship is what caused the 1.3 million illegals granted amnesty in 1986 to balloon to 12 million today, a compound rate of increase of 9.7% per year. It doesn’t take a rocket scientist to figure out where another amnesty will lead. If the McCain-Kennedy amnesty bill had been passed in 2006, we would be debating anew today whether to provide amnesty for the 4 million to 5 million illegal aliens who have entered since. And if an amnesty were enacted tomorrow, five years from now, Congress would be debating what to do with the additional 5 million who would have entered by that time. What's more, the tens of millions of newly amnestied citizens legally would be able to bring in their next of kin through chain migration, swelling the overall number to potentially more than 50 million within a decade of the amnesty. We don’t need or want that kind of population growth in the face of finite natural resource like water, arable land, and minerals. Population-driven economic growth is ultimately unsustainable.

Amnesties create the greatest possible incentive for more border violations. The illegal aliens quite correctly reason that if they wait long enough, another amnesty will be passed and they will be home free. Thinking that another amnesty will de-incentivize illegal aliens is just plain wrong-headed and shortsighted.
What is against American values is ignoring the rule of law, the very foundation of civilized societies, and allowing illegal aliens to remain in this country and continue to come in large numbers with impunity. You suggest more border patrol agents but surely you understand that no amount of additional resources at the border will stop the illegals as long as there is not the threat and actuality of immediate apprehension and repatriation. This can only be done with vigorous and continuous internal enforcement. Just about everyone knows this. Why has this elementary fact escaped the minds of Congress?

I have no interest in counting illegal aliens except as they are exiting this country. Without internal enforcement all the talk about secure borders is just lip service.

President Obama, it has been said, is looking for that elusive middle ground on immigration reform. He must not be looking very hard. If one goal line represents the mass legalization of illegal aliens, supported by you and other left wingers, and the other goal line represents their mass deportation, then the elusive middle ground must lie somewhere in the vicinity of the 50 yard line. To reach the 50 yard line those on the left will have to agree to the repatriation of a large number of illegal aliens. Those on the right will have to agree to allow a similar number to stay and work [if it can be shown they have not usurped jobs American will take if offered a union-certified living wage].

I have seen no sign that those on the left have moved even an inch from their blanket amnesty goal line, with or without conditions. That is not much of a basis for compromise on this vital issue which may well dtermine the long term prospects for the survival of the American republic we know and love.

CIR has become synonymous with amnesty or mass legalization. What we need is a series of shorter, one-subject bills that every Congressman and every citizen can read and understand before they are brought up for a vote. Thousand page bills should be outlawed because, written by lobbyists and special interest groups, they contain all kinds of mischief and loopholes. Of course, border security buttressed by effective internal enforcement must be the first order of business.

All immigration problems also vanish if we just open the borders to all comers. That appears to be the left wing solution. They want to sweep the 12 million illegal under the carpet so they can start counting all over again from zero. Actually, we have a very limited need for more immigrants of any kind. The annual quota including chain immigrations should be reduced to no more than 200,000 per year focused on those with the education, entrepreneurial spirit, creative and innovation skills needed to keep America competitive in the global economy. Chain immigrations should be counted as part of that number and should be limited to the spouses and minor children of citizens.

I hope you will rethink your position on immigration reform. Surely, no one should have an objection to a piecemeal approach that would enable everyone to understand exactly what is being proposed and what the likely adverse consequences for America will be.
Posted by ultima at 10:10 AM